The University of Liège has launched the #RESPECT campaign for the 2019-20 academic year. Self-respect, respect for others, respect for diversity. Throughout the year, the focus is put on various aspects: fight against harassment, non-violent communication, equality in language,...

The authorities of ULiège are committed to putting the well-being of each and everyone in the priorities, fighting against situations of daily violence and harassment. This is done by raising awareness, both for victims and witnesses.

What is harassment? How does it manifest itself? Is it punishable by law? How important is the role of witnesses? What is slut-shaming? From this February 17, posters and videos distributed to the entire ULiège community highlight this sensitive issue. 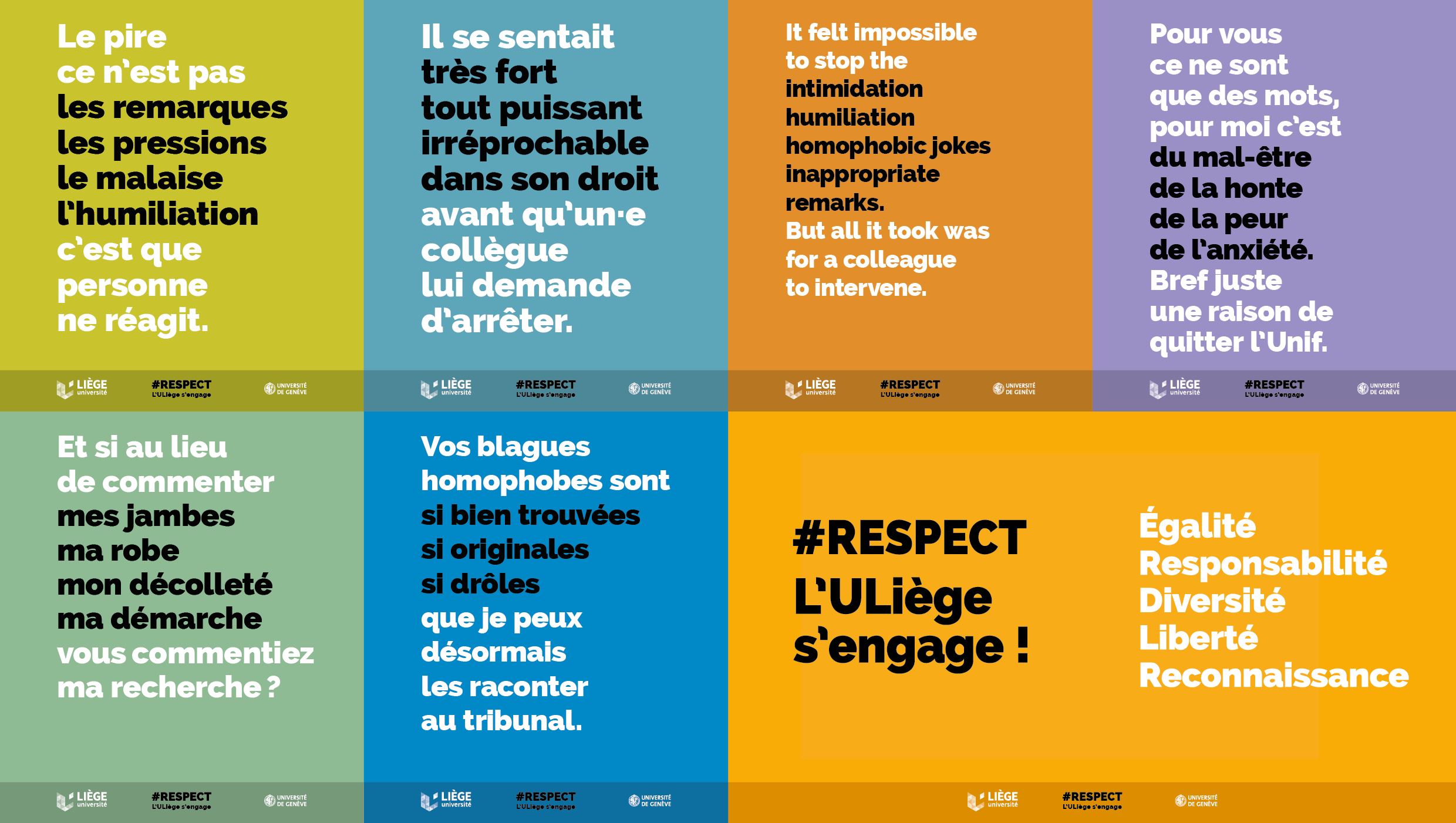 The University of Liège has trained trustworthy persons capable of receiving confidential testimonies or calls for help in the event of harassment, violence or non-compliance.

Who to turn to:

Are you a student?

Are you a staff member?

Words, gestures, attitudes are messengers through which others perceive us. We are aware of the importance of our interactions but are we really attentive to our communication, to the negative or positive suggestions it carries? Learning communication skills is essential for building effective communication and improving everyone's well-being at work.

The University of Liège offers training courses focused on communication. They are recognizable by the label #RESPECT.

One of these courses, entitled "Mieux communiquer", is specifically focused on non-violent communication.

Awareness of non-violent communication has been proposed in the new welcome system for ULiège's supervisors.

Women and men at ULiège

The University of Liège publishes, with the collaboration of the ULiège Gender Working Group, a practical guide "Equality in language" and proposes a series of recommendations on the subject to its community.

What is the proportion of women and men within the University of Liège, among students and staff? What is the breakdown by faculty? How many women and men among international students? ULiège is mapping its gender balance, as well as the avenues - existing or planned - to move towards the best possible balance.