Women and men at the ULiège

What is the proportion of women and men within the University of Liège, among students and staff? The ULiège draws up its gender map, as well as the actions - in progress or to come - which tend towards the best possible balance. 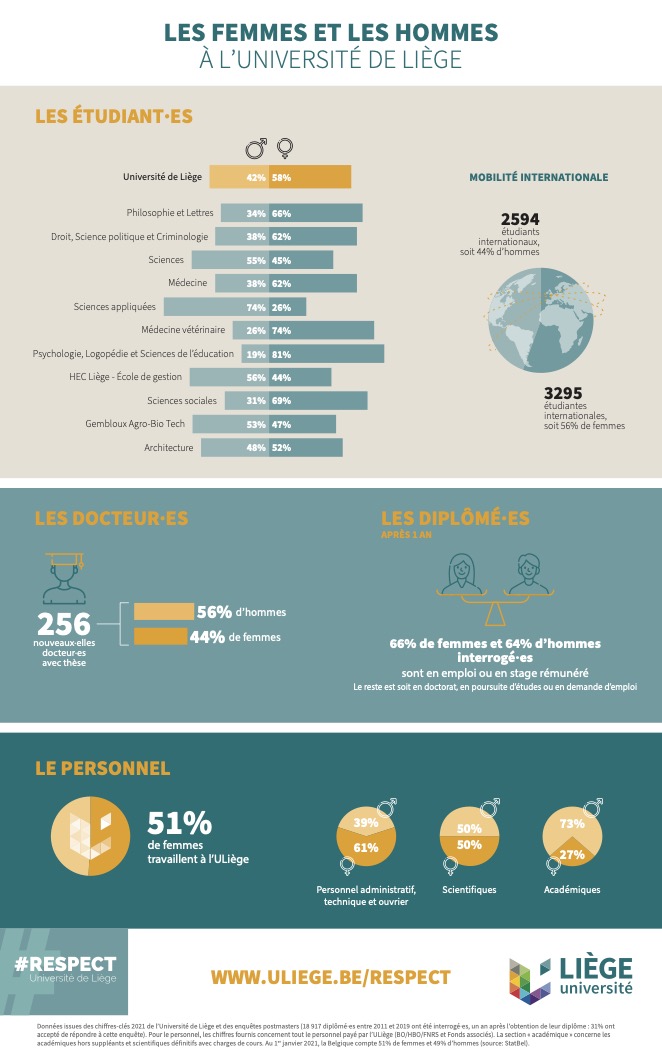 The proportion of women among undergraduate and postgraduate students remains stable at around 58%.

Based on a survey of 18.917 alumni, to which 3.502 women (31.27%) and 2.454 men (31.79%) responded, it appears that one year after graduation, 66% of female graduates have a job or a paid internship, compared to 64% of men. The other graduates are either in a doctorate programme, continuing their studies or applying for a job. However, 54% of men have a full-time permanent contract compared to only 46% of women. The employment of 16% of the women would be part-time, compared to 6% for the men.

Women account for 44% of doctoral graduates, compared to 45% in 2010. In particular, they are 57% in humanities and social sciences, 54% in health sciences and 36% in science and technology, the sector with the highest number of PhDs.

Women are well represented among researchers at the beginning of their careers (52%), but their proportion decreases as their careers progress (post-doctorate or equivalent: 45%; confirmed researchers: 33%).

Although there has been an increase, they remain a minority at all levels of the academic career. There is also a great disparity in the proportion of women professors and lecturers in the different Faculties, with 5 Faculties where women are less than 20% of the professors.

However, in the last promotion (2020), 9 women were appointed as full professors for 15 men. 17 women were promoted to the rank of professor for 37 men.

20% of the honorary doctors at ULiège are women.
However, in the 2021 edition, they are in the majority with 6 women out of the 11 laureates.

For the first time in its history, the University of Liège has a female Vice-Rector (2018) and an Administrator (2020).
There are currently two female deans in the 11 faculties. On the other hand, one out of two vice-deans is a woman (7 in Teaching and 4 in Research).
On the board of directors, there are 10 women out of 43 members.
There is a policy to better balance their representation in the sectoral research councils with 19 women for 29 men.
The administrative directorates are almost exclusively occupied by women (11 women for 3 men).

Stimulating the arrival and retention of women

These figures are obviously a challenge. Waiting for the trends to be reversed does not seem to be an option for a university that aims for excellence in all areas: teaching, research, but also its own practices. So how can we change the way our institution operates?

As Anne-Sophie Nyssen, Vice-Rector of the University of Liège, responsible in particular for welfare issues, points out, "it is not appropriate to impose parity, but rather to stimulate the arrival and retention of women in the various functions by means of behaviour and actions put in place within ULiège. I will be particularly attentive to the representation of women in the various commissions and in the proposals for honorary doctorates. I hope that the practical guide "Equality in Language" will also contribute to changing the culture for greater justice and against all forms of discrimination." 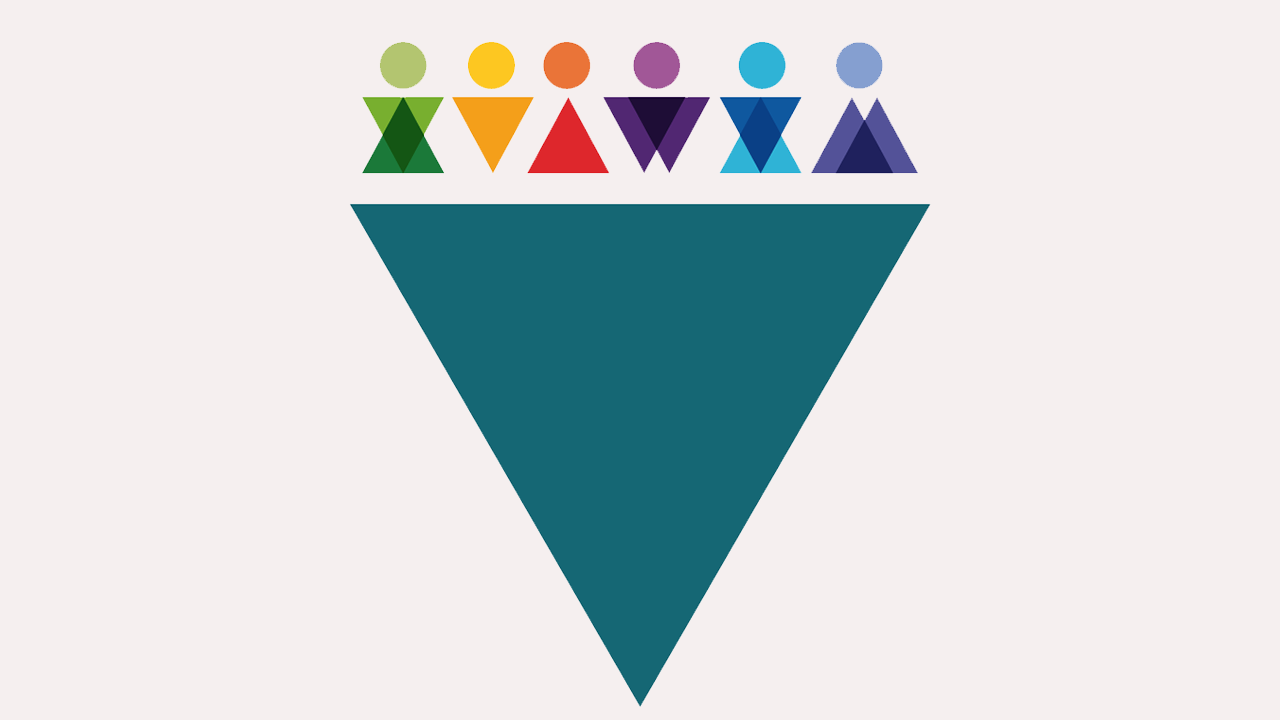