A UNESCO Chair is created at ULiège

For an open science! Humanities at the crossroads of interdisciplinarity 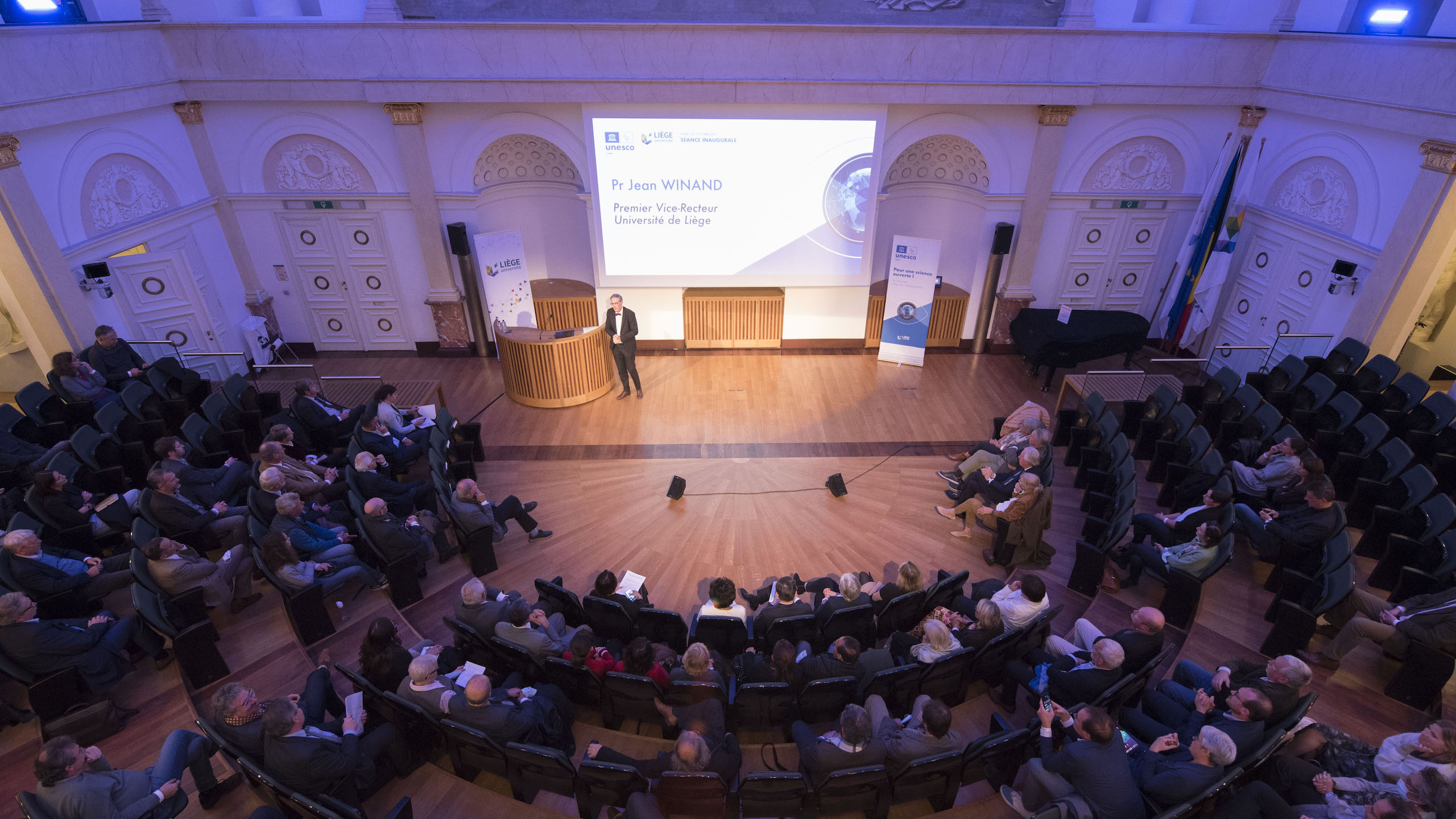 The UNESCO Chair created by the University of Liège focuses on the process of creation and the role of scientific knowledge in societies affected by major issues such as climate change, migration, inequalities or the democratic divide.

nitiated by Prof. Jean Winand, Egyptologist and First Vice-Rector of ULiège, the UNESCO Chair falls under the domain of the Humanities, in accordance with the recommendations adopted at the World Conference on the Humanities, which was held in Liège in August 2017 in partnership with UNESCO, the International Council for Philosophy and Humanistic Studies, the Province of Liège and the City of Liège.

In its final declaration, the Conference indeed recognized "that the humanities have a specific competence and responsibility in promoting freedom, diversity and transparency that are fundamental for life in society, while emphasizing the irreplaceable role of the humanities for a critical approach to values and for an understanding of long-term processes."

The theme of the UNESCO Chair at ULiège concerns the construction, validation and dissemination of knowledge, with a particular focus on the conservation, accessibility and interdisciplinary exploitation of primary sources, whatever they may be (writings, sites, objects, materials, images and sounds,...). "The materiality of these sources is inseparable from the creation of verifiable knowledge. In this sense, it is this materiality - in a largely dematerialized digital society - that makes it possible to establish a relationship with the truth, a condition we need in a world where the relationship with the truth is disrupted by 'fake news' and 'alternative truths'," explains Jean Winand, who gave the inaugural lecture of the UNESCO Chair at ULiège on October 26, entitled "For an open science! Humanities at the crossroads of interdisciplinarity".

ULiège is now part of the network of 760 UNESCO Chairs created since 2002 in 700 higher education and research institutions across 114 countries. It is the first UNESCO Chair recognized within the Wallonia-Brussels Federation. This global network aims to strengthen collaboration and knowledge sharing between universities and research centers in fields related to UNESCO's objectives: education, culture, social and human sciences, natural sciences, communication and information.

On the occasion of the inauguration of the Chair at ULiège, Angela Melo, Director of UNESCO's Division of Policies and Programmes, emphasized how much the theme of the Liège Chair is in line with the priorities of the United Nations Educational, Scientific and Cultural Organization. "The challenges of the 21st century call for the humanities. Yet they are encountering difficulties throughout the world, and their disappearance carries the risk of a phenomenon of acculturation."

The ULiège UNESCO Chair brings together partners such as the City of Liège, the Province of Liège, the Théâtre de Liège, the Pôle muséal et culturel de l'ULiège, the Maison des Sciences de l'Homme de Liège, the FNRS, the University of Kinshasa and the ERAIFT in Kinshasa (Regional Post-Graduate School of Integrated Management of Tropical Forests and Territories, placed under the aegis of UNESCO) 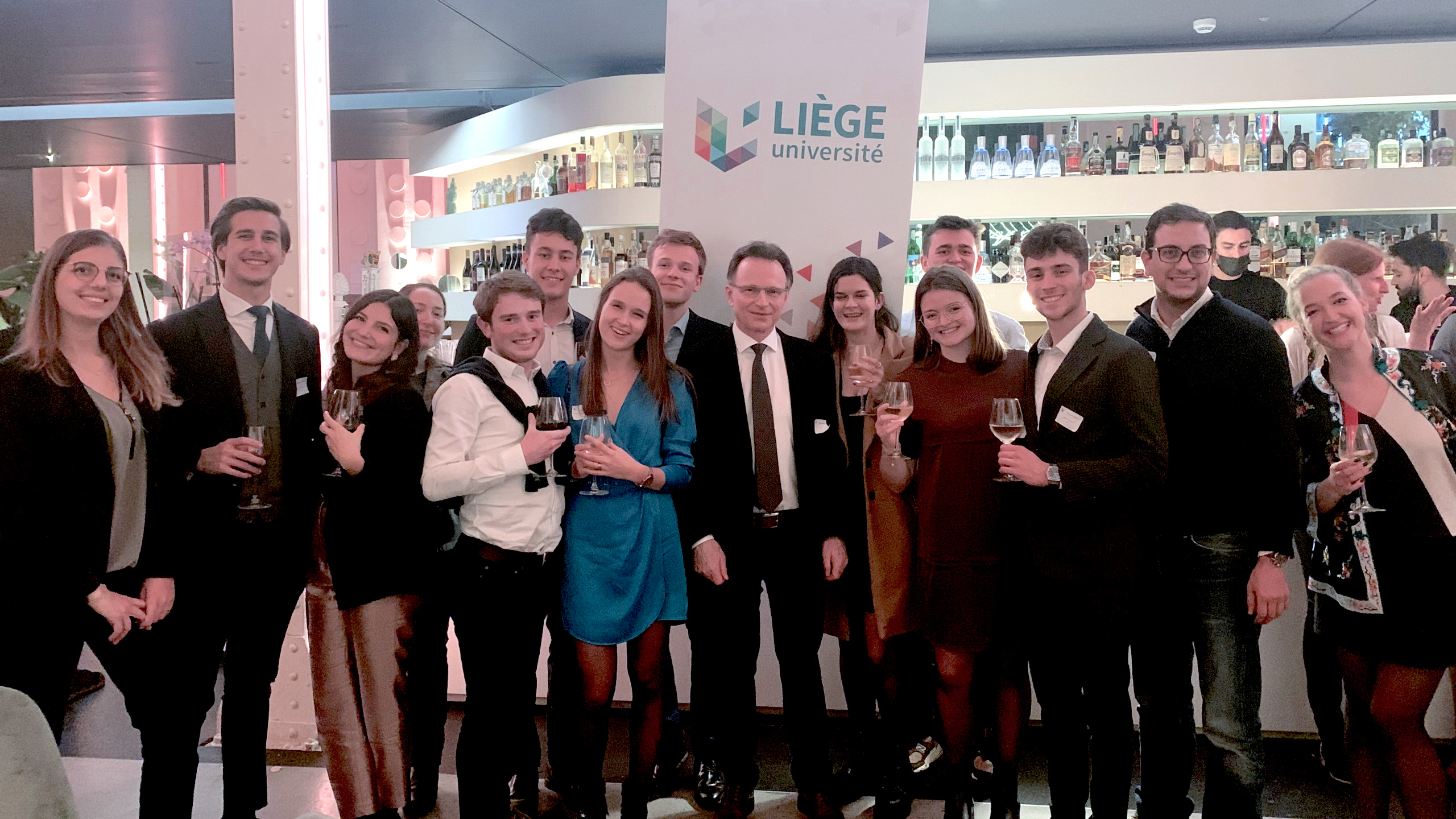 Teaching and research programmes are planned with the University La Sapienza of Rome and the Archaeological Park Ostia Antica.

Let us now move on to 2022, a year that is still uncertain, but also full of hope, and dare to dream, of renewal!

Watch the video retrospective of the year 2021
Institution Campus
News

On November 20th,  the 11th ceremony honouring Doctors Honoris Causa & PhD graduates was held at the University of Liège. Among those recognized were 216 Doctors and 11 Belgian and internationally renowned academics awarded.